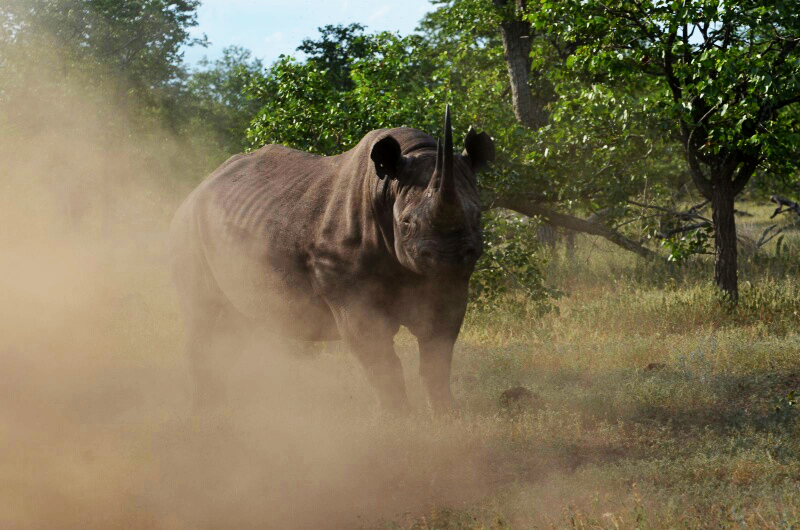 By GCT StaffJuly 31, 2018Conservation, In the News
No Comments

A brief history of black rhino in Gonarezhou

The last of the original black rhino population in the area was killed sometime between the 1930s and 1940s. This is a vague timeline, but with 500 000 hectares of remote and rugged bush country a more exact estimate is not possible. A reintroduction project between 1969 and 1977 brought 77 black rhino back into the area. Their numbers grew to 140 before the civil war in neighbouring Mozambique resulted in Gonarezhou being closed to the public. The wave of rhino poaching sweeping through the continent in the early 1980’s did not spare Gonarezhou, and by 1994 the black rhino population was tragically locally extinct for the second time.

The Gonarezhou Conservation Project was initiated in 2007 through a partnership agreement between the Zimbabwe Parks and Wildlife Management Authority and the Frankfurt Zoological Society. This project culminated in the formation of the Gonarezhou Conservation Trust, which was formally launched in March 2017. During this time considerable progress had been made to rectify the problems that led to the previous rhino extinction in the park. All existing rangers have gone through intense refresher courses and new rangers have been hired from surrounding communities after completing a rigorous selection course and training. The rangers have been supplied with the necessary equipment for them to be effective in their task of protecting the Park’s wildlife and habitats. This has contributed to the reduction of poaching as well as an increase in motivation and ranger skills. Sustainable funding has also allowed the Project, and now the Trust, to not only have a positive impact on security in the Park, but on all aspects of general operations, inclusive of tourism.

All this work has led to the situation where a successful rhino reintroduction is possible, and this is now planned to take place in 2019. In the coming year a huge amount of work needs to be done to make sure all the necessary infrastructure and additional security is in place to make this dream a reality.